A small nerdy rat hidden in somebody's basement surrounded by computers and vegetables.

Spycursion is an in-development hacking and espionage MMO taking place in a near-future world which has been ravaged by a global cyberwar.

It is developed by #defungames.

Viruses, errors and you.

An interesting article from the creators of Spycursion.

I wonder what happened to this podcast. They haven't published new episodes, they are awesome. I miss them so much 😞 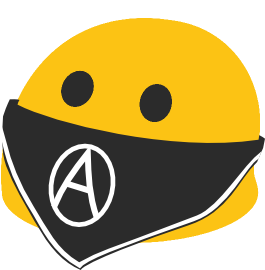 I was born a hacker revolt. My consciousness was a constant fight between preconceived ideas that were installed there by force, and my need to explore the limits of this dimension.

I started to reject everything that was installed in my mind by fear, I have rewritten them in a way that became weapons against establishment, abuse and authority.

I became an anarchist, not because I was forced but because it matched my inner nature: love, auto determinism and self evolution.

A small nerdy rat hidden in somebody's basement surrounded by computers and vegetables.